Voices from the Heart 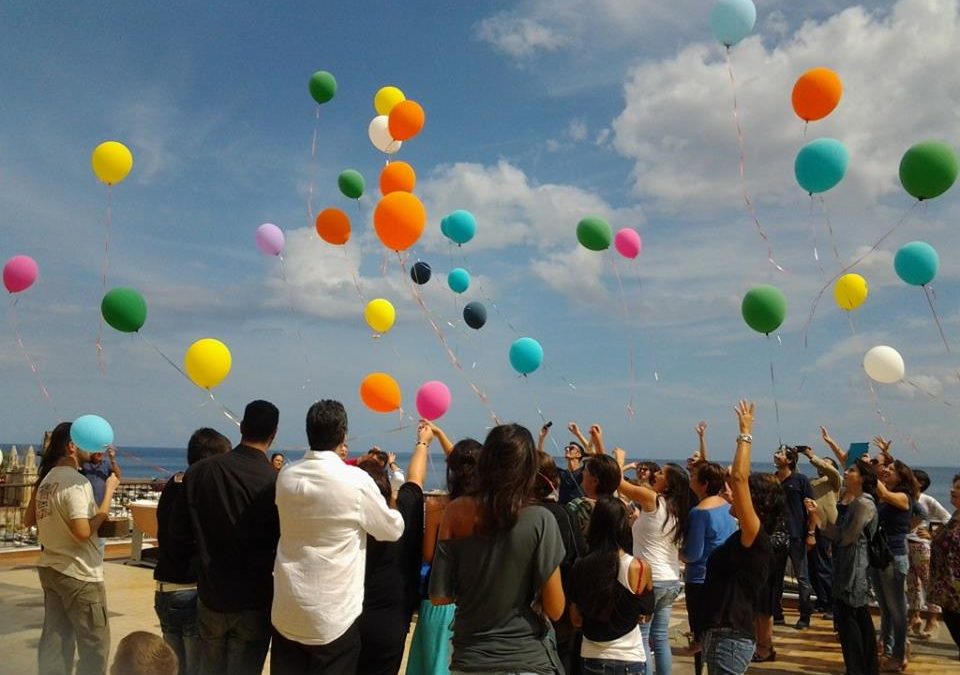 TPRF Volunteer Giuseppe M. Buffa is a native of Palermo, Sicily, where he graduated as a medical doctor with a specialty in child psychiatry. He currently works as a medical psychiatrist in the local public health service, in the facility for eating and weight disorders called CeDiAl. This is Giuseppe’s report on the Peace Day celebration he helped to organize at CeDiAl.

Today in Palermo, on a splendid late summer day, the Center for Eating Disorders of the Local State Health Services (CeDiAl) honored and celebrated the International Day of Peace.

Our desire to be in unison with the rest of the world inspired us to create a time and a place where we could celebrate peace, where peace would be invoked, and made plentiful in the hearts of each of us. More than a hundred people, including patients, family members, friends, doctors, psychologists, and healthcare operators celebrated together and enjoyed a special day. 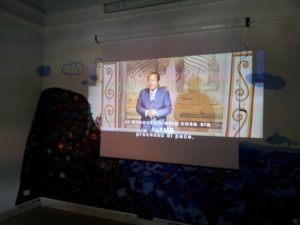 TPRF  helped us by sending copies of the videos released for the Peace for People 2013 tribute. We wanted them to be a central feature in our celebration of the day. We showed the videos continuously in two locations at the center in addition to a video of the short speech Prem Rawat gave in Rome last December on the first anniversary of the “Pledge to Peace.”

We decided to celebrate the Day of Peace on Friday, September 20th, a workday, rather than the official date of the 21st, a Saturday, to enable more people to participate in the celebration.

Dr. Lia Iacoponelli (head of the CeDiAl) and I acted as MC’s for the day. I started the program and felt a great, beautiful emotion within myself while introducing the history of the International Day of Peace and the 2011 Brussels Declaration (Pledge to Peace).

We remembered that peace can resolve inner conflict and that it is one of the most important aspects of healing frameworks and healing cures for a person who suffers from any illness, and eating disorders especially. All of my colleagues expressed their vision of peace; how a culture of peace is important in the interrelationship of human beings. They expressed the importance of coming from a feeling of peace in every day relations to improve communications between people. 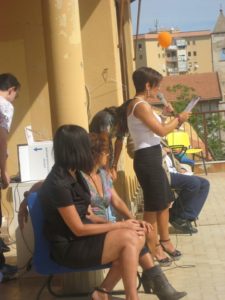 Lia talked a bit about peace, love, gratitude, joy, freedom, desire, hope, care, support, hugs, smiles, and gifts. She said that light, love and peace could fill discomfort and emptiness. In this way, conflicts can be reduced that can be a “co-cause” of diseases. She also remembered Prem Rawat’s powerful words…“Every time you breathe, you are defeating death…” and underlined the importance of being grateful for the gift of life.

The day continued with dancing, singing, music, and poetry reading. The poetry of Barbara Castelnuovo evoked many emotions. I read aloud, “Give Peace a Chance,” my favorite article by Prem Rawat originally written for “The Times of India”.

We also held a photographic competition during the day called “One Shot for Peace.” A photo of a child looking straight ahead as he was held in his father’s arms won the competition for best photo. The judges included my son, Gabriele Buffa, a young director of photography.

The songs of Maria Privatera and Irene Giunta inspired all participants in the celebration of peace, and they contributed to the soundtrack of the day. The songs allowed us to experience first-hand how positive feelings like peace are like glue between people. 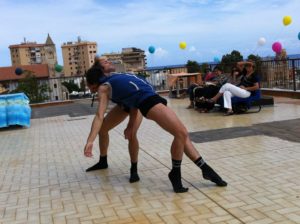 An extraordinary “pas de deux,” a dance choreographed by Marcello Carini, followed the music. Marcello Carini and Michele Pernice performed the dance with skill and love in a dynamic, artistic representation of life, beauty and reconciliation. The theme of the ballet was an allegory of the meeting of two people who discover at the end, after going through different stages, a more peaceful way to be together. The two professional dancers are members of the Teatro Massimo in Palermo, the same classical theater where Prem Rawat spoke in 2008.

The day could not end without a hymn to peace and hope. All the participants, together, looked at the sky and flew balloons in unison with personal written messages attached by strings. The messages reflected everyone’s different desires: to look up and never stop believing in a future with peace. And then, before the nice afternoon buffet, which many of the participants prepared and cooked for the occasion, we finally sang the song “Imagine,” first in Italian and then in English.

We want to thank TPRF for the inspiration and for the materials provided for this day. 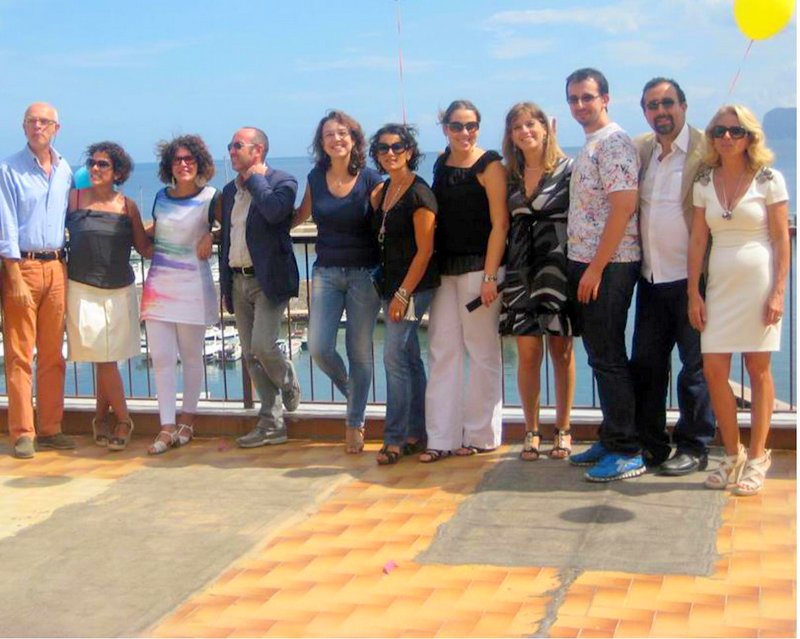