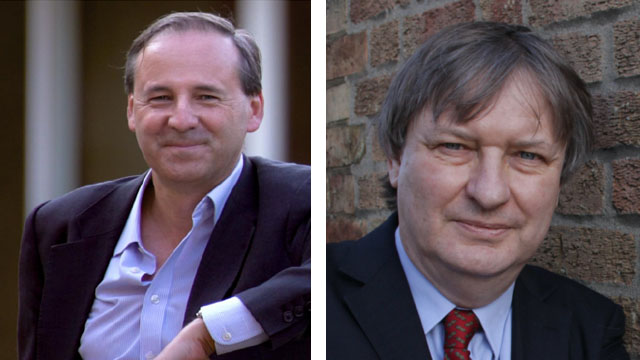 Below is an excerpt.

Paul Bloomfield:  Clive was incredibly helpful and supportive in bringing together our first collaboration of the Tutu Foundation and The Prem Rawat Foundation (TPRF) in June 2016.  We held a groundbreaking forum at the British Film Institute (BFI), following the UK premiere of the multi-award winning documentary film Inside Peace.  The forum panel included Lord Tom McNally, Chair, Youth Justice Board, and Peter Clarke, UK’s Chief Inspector of Prisons (and former head of the anti-terrorist branch at New Scotland Yard), and other key voices in law enforcement, criminal justice, and peace education in the UK and in South Africa. (Watch a video of the panel below)

PremRawat.com:  The Tutu Foundation-UK, founded in 2007, is built on the knowledge and wisdom of the South African concept of “Ubuntu” with those South African communities who sought peaceful reconciliation rather than seeking violent revenge following the overthrow of apartheid.  Ubuntu is a powerful practice.  Could you elaborate?

Clive Conway:  The great thing that Desmond says about Ubuntu is “I am because you are and we are all interdependent.”  We’ve all grown up to believe we are independent (of each other).  But we are not.

PremRawat.com:  Yes, so true. Prem also speaks about finding our commonalities rather than our differences.

Clive Conway:  I see Desmond’s philosophy and Prem’s approach as slightly different, with both individuals producing great work in this world.  Prem speaks about looking into oneself and then creating something bigger.  Desmond’s philosophy focuses on the “I” and “thou” which emphasizes the connection between two people.

Paul Bloomfield:  What Clive just shared is really interesting for me.  It’s like what Prem does and what Arch does with the “Ubuntu Round Tables” is really complementary.  TPRF’s Peace Education Program could be “the oil” to loosen up people so that the conversations with the “Ubuntu Round Tables” could be even more impactful.  And that’s what we found in some of the prison activities that we’ve done, like in India. …

The first time we met with Archbishop Tutu was at a hotel in Johannesburg.  The Archbishop had been traveling because it had been the 20th anniversary of the end of apartheid.  He had just come back from the EU (European Union), and he was depressed.  He revealed: “The greedy whites have been replaced by the greedy blacks.”  Prem was there and replied, “With my small light and your big light, we can lift the world.  We can do it.  It can happen.”  I’ll always remember that for the rest of my life.