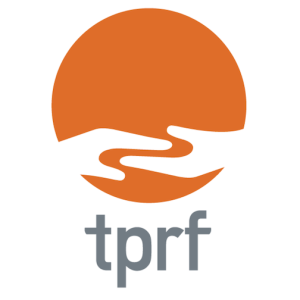 The Prem Rawat Foundation (TPRF) is pleased to announce the winning design of its logo contest, which began nearly a year ago with an invitation for supporters to submit their creative ideas. After staffers helped cull through more than 150 submissions from 107 contestants, TPRF Founder Prem Rawat and President Daya Rawat selected a stunning design by Dayana Mayorga to be the organization’s new logo.

Looking at a handful of finalists, they both quickly reached a consensus that Dayana’s submission “was just very clearly the one,” says Daya. 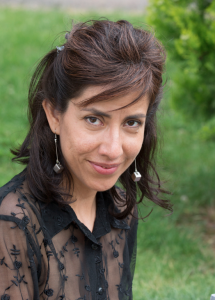 “We like that it is understated, a nice play of positive and negative space. It has a balance without being completely symmetrical. It’s aesthetically pleasing, and I think it has meaning that’s in sync with what the Foundation does without being too literal,” Daya explains. “We like that the hands indicate the idea of help, support, or showing the way. Depending on how you look at it, you can also see a river, mountains, the planet, the sun, and the sky. It’s also really versatile. It looks good in different colors and will work well on much more than just the website.”

Dayana is thrilled that her design was selected.

“When I received the letter from Daya informing me that I won the contest, I started jumping all over the place! I felt a burst of joy,” she says.

A graphic designer who was born in Ecuador but currently lives in Paris, Dayana spent four days brainstorming design ideas with her husband Patrick. Inspired by Prem Rawat’s vision for the Foundation to help people live with dignity, peace, and prosperity, Dayana sought to make a symbol that subtly but powerfully communicates those themes.

“The hands represent the commonality of human beings on planet earth. There’s no difference between the two hands—they are the same shape, color, and size. The giver and receiver are at the same level because both giving and receiving can be done with dignity. The hands are reaching out to one another—this could be in a time of need or just to connect, to feel peace,” she explains. “They are placed within the sphere, which represents the planet. But there’s a path between them, which opens toward prosperity. The circle can be golden to associate it with the sun and light.”

Seeing the logo now being used by TPRF gives Dayana a sense that “I am participating in a real way to help the cause of peace in this world,” she says. “I can see myself reflected in the design and I can feel the energy and love we put into it. I hope others can feel that too.”

Daya thinks that the contest was a resounding success. “It was inspiring to receive so many wonderful submissions and see how much time and thought people put into them,” she says. “Thanks to everyone who shared their creative energy and ideas with us.”