Video: TPRF and Tutu Foundation UK Partner to Tackle Challenge of Breaking the Cycle of Crime

Watch video of the forum above


A groundbreaking forum on such timely topics as criminal justice reform, peace education and breaking the cycle of crime was convened at the British Film Institute last week, following the UK premiere of the multi-award-winning documentary film Inside Peace. Led by Lord Tom McNally, Chair, Youth Justice Board and Liberal Democrat member of the House of Lords, and Peter Clarke, Her Majesty’s Chief Inspector of Prisons and former head of the anti-terrorist branch at New Scotland Yard, the panel included some of the leading voices in law enforcement, probation, maximum security prisons and the criminal justice systems in the UK and in South Africa. The Prem Rawat Foundation (TPRF) and the Tutu Foundation UK co-hosted the event, which was emceed by Paul Bloomfield, attorney and governor of the Sir John Cass Foundation. 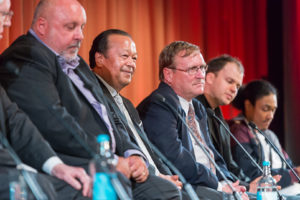 In framing the costs of crime and incarceration to society, emcee Bloomfield brought some significant statistics to bear on the discourse: just this month, the Global Peace Index was published by the Institute of Economics and Peace, one of the world’s top think tanks. It calculates the annual cost of conflict in the world at $13.6 trillion — 13.3 percent of the world’s GDP, or $1,800 for every man, woman and child on the planet, to say nothing of the incalculable human costs of violence. Crime and incarceration form a significant part of that cost.

Yet a more hopeful calculation estimates that just a two-percent reduction in those costs could pay for the entire UN Millennium Development goals, eradicating extreme poverty and disease throughout the world. It was also noted that in California the cost to the state for each inmate incarcerated is $65,000 — which ironically is roughly the same average salary of a schoolteacher.

The forum highlighted the potential of the Peace Education Program (PEP) to reduce inmate recidivism and associated costs. A signature initiative of TPRF, the Peace Education Program is an innovative free multimedia course available in 68 countries that helps people discover inner resources such as strength, choice and hope. The course has been offered at 195 correctional facilities around the globe and several panelists discussed the positive impact it has had on the inmates they oversee. 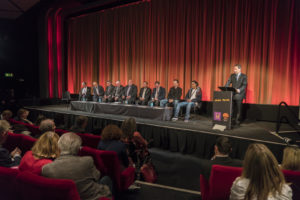 John Biggin, former manager of three prison systems, including England’s HMP Thameside, is an official on the front lines of the battle to reduce recidivism and he described his position and its challenges thus: “My job is to get prisoners to the right place and give them the support and help they need to motivate them to want to change. So, programs like the Peace Education Program are really likely to fulfill that,” adding that they are now on the sixth PEP at Thameside and that it is fully integrated and embedded into their “reducing re-offending” strategy.

Panelist Deon Du Preez, former head of the maximum security unit at Zonderwater Prison in South Africa, enthusiastically touted the Peace Education Program at the correctional facility: “I’m using PEP for my restorative justice. I personally think, when you have peace in yourself, if you have hope, then we can start the process. I’m here in London to tell you that PEP is working in South Africa.”

Du Preez also commented on a related challenge in the prisons, noting that 30 percent of the prison population cannot read or write. However, he has created and planned for a program called Reading for Redemption to be implemented beginning in 2017, which will link PEP there into the process to motivate inmates to start reading, thus increasing the tools available to them to transform their lives. 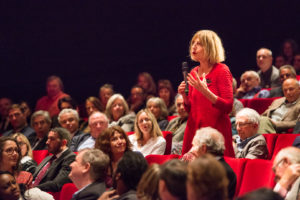 Central to the forum was the screening of Inside Peace, which chronicles how PEP has a profound impact on the lives of several inmates both inside a Texas Jail as well as in their lives following release as they try to change their ways. The film was received with great enthusiasm for its message of redemption and the possibility of lasting change in the lives of inmates as well as in society, and prompted some powerful and poignant commentary on the topics of reform and restorative justice.

Several of the panelists took note of the power of the medium of film to impact beliefs on complex issues such as crime and how to mitigate the effects of violence. Peter Clarke, HM Chief Inspector of Prisons, commented, “…that extraordinarily powerful film that we watched earlier will have an impact on the way in which I look at every prison I inspect in the coming months and years.” 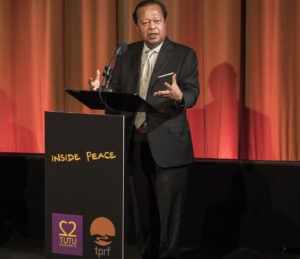 Immediately following the screening, international peace advocate Prem Rawat presented his vision of peace based on the development of inner resources that PEP aims to cultivate. He challenged the audience not to just accept the inevitability of crime and the debilitating societal conditions associated with it. “If we don’t want to let the cycle of destruction continue, then we must break it — not get used to it,” he said.

The forum was broadcast via live video stream to thousands of people across the globe.

Learn more about the TPRF Peace Education Program and how to offer it in a correctional facility or other setting.

Learn more about the film Inside Peace.