Most of the expressions posted in this blog have come from children who benefit from the Food for People facilities in Bantoli, India and Tasarpu, Nepal.  The following expressions, from parents and teachers of the children attending the FFP facility in Tasarpu, underscore the life-enhancing effects of the program on individuals, families, and the community at large.

Chandra Bahadur Tamang (53) is the father of 4 children who study in Shri Adarsha Secondary School and attend FFP regularly.  Mr. Tamang has a small shop in Damechaur village. He writes:

“In Tasarpu village, our agriculture yields hardly enough to sustain us for 6 months and we have to go out for wage labor work to earn a livelihood for the remaining period of the year.

“We are extremely happy that the Foundation has started FFP in this village which has such a harsh situation. Before FFP, it was very difficult to send the children to go to school because we could not do our work when we had to prepare the food for them, and we also did not have enough food for them.

“Now that FFP is here, we only have to put a uniform on the children before sending them to school. They go to FFP, wash their hands and feet, and take the prepared hot meal served there. Due to the habit of washing hands before eating in FFP, the children have started giving attention to hygiene and sanitation.

“Thanks to the FFP, we now have enough time to do household chores, and the children reach school in time to study, which has improved their performance. We are very happy with this program and hope that it will continue. We would like to thank the Foundation from our hearts.” 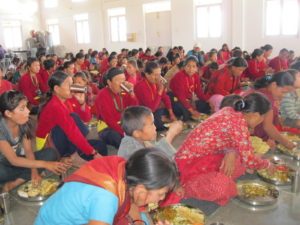 Saili Bal Tamang is a mother of children attending the FFP in Nepal.  She is a farmer in the Pokharichaur village—an hour’s climb from FFP.

“When the FFP came to Tasarpu, all of the children in the village started to go to school. The Foundation said that children should go to school, and the guardians gradually came to this understanding.

“When the children started getting cooked meals at FFP, they were very happy.  Before that, they had to have Gundruk (a fermented green vegetable) and Dhindo (cornmeal porridge,) the daily meal that poor people have in Nepal. Only rich and well-to-do people had the chance to have rice cereals and other vegetables in their daily meal before the FFP came here.

“Before the FFP opened, the children went to school only 2 days a week. But now, they go all  6 days. There also used to be many cases of diarrhea due to lack of hygiene and sanitation, but now we do not see such cases. I would like to thank the FFP and the Foundation a lot.”

Binita Lama Tamang is a Primary School Teacher in Adarsha Secondary School in Damechauralso village.  She is also a former student of the same school.

“The major occupation of the communities here is agriculture. Farming will normally produce enough food for only six months a year. Maize, potato, cauliflower, beans, and other vegetables are the major products, and goats and buffaloes are among the domestic cattle.

“Before the start of FFP, the school had classes only up to seventh grade. Now the school has classes through the tenth grade. Before, the children had to carry water for the household, bring grass for cattle, and do other chores before going to school. As a result, they would always reach school late. So teachers would shout at them for being late and would say, “Show your teeth which chewed the Gundruk.”

“After FFP came to the village, the children began to eat good, delicious food containing rice, daal (lentils) and vegetables. Because of this, they are regular in attendance and on time to school. In addition to the positive changes in the children studying in the school, the elderly people who go to eat in the FFP are also happy, healthy, neat, and clean.

“So, I would like to thank the Foundation a lot from the core of my heart and wish that it would expand in other places also.” 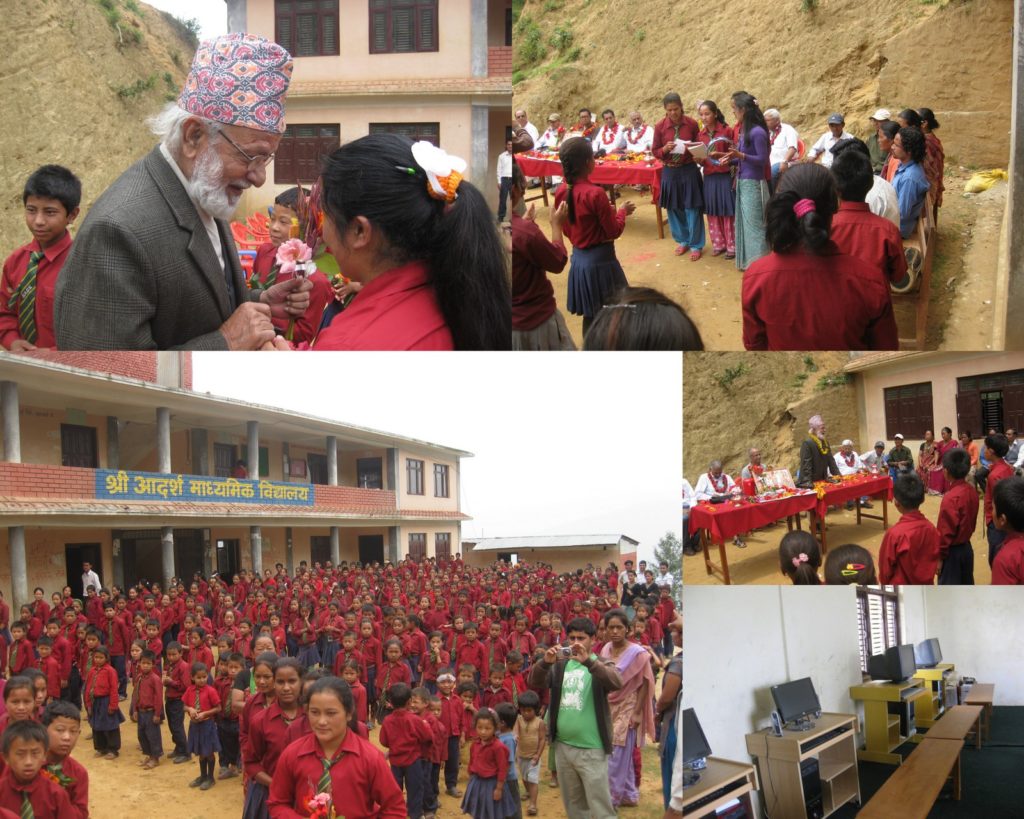 A Ceremony at the Village School