Last week, Prem Rawat traveled to San Antonio to speak to participants in a TPRF-sponsored Peace Education Program (PEP) at Dominguez State Jail. John C. Snyder is a San Antonio resident who has worked as a community relations point man, writing about the PEP program at the Dominguez State Jail. John was invited to help set up the evening program with Prem Rawat and the inmates. He wrote this moving account of the event.

Well, I guess this headline is not completely accurate, mostly for two reasons. The first one is that no one was officially or prematurely released from incarceration at the jail. The second reason is that the Dominguez facility does not refer to the inmates as prisoners. They are called offenders. Beyond that, however, the freedom part seemed spot-on to me as I listened and observed the offender’s heartfelt comments and enthusiasm. Their emotions and genuine sincerity were both palpable and contagious.

As part of the ongoing Peace Education Program  at Dominguez, the men participating in the classes had persistently invited Prem Rawat to visit and speak for quite some time. That invitation was honored and accepted this past week. 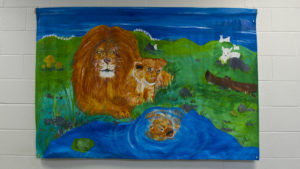 An Inmate's Painting Illustrating One of Prem Rawat's Stories

From the start of the day when the set-up crew arrived, everyone was warmly greeted by the assistant warden of the facility. That set the tone for the generous hospitality and courtesy that was offered by guards and staff alike. As the day progressed, everyone seemed to be increasingly swept up in the feeling of what was about to unfold.

That evening, approximately 70 inmates, as well as prison staff, local officials, representatives of TPRF, and PEP volunteers all sat together in a small room just outside the official lock-down portion of the facility. Guards ushered inmates into the room in small groups, and they sat patiently waiting for the event to begin. Just before Prem Rawat arrived, one of the prison guards reminded the inmates to stay focused and well behaved. His request was the last reminder of being inside a prison as the evening’s program began.

The assistant warden spoke first, welcoming everyone and thanking Mr. Rawat for coming. Lorenzo Carter spoke next.  Mr Carter has been the long-time driving force at the prison in support of the Peace Inside program, as the PEP classes are called here. He gave a short overview of the success of the program and how he has been personally touched and transformed by Prem Rawat’s message. He then introduced the main speaker. Once Prem Rawat began to speak, the structure and formality of prison life began to slowly melt away.

His message and tone conveyed a blend of hope, encouragement, guidance, strength, and love and appeared to make everyone there feel like they were the most important human beings on earth. He defined freedom in terms that were unrelated to physical walls or restrictions and explained how many very seemingly successful people were even more discontented than the inmates themselves. He encouraged everyone to stand on their own two feet and to exercise their own hearts, saying it is easy to develop the muscles in the arms, but to exercise the muscles of the heart takes real strength. He challenged everyone to develop the capacity to love, to shine, and to fulfill their human potential, and then added with emphasis, never to return to this place.

Following Prem Rawat’s talk, there was time for interaction, allowing individual inmates to pose questions and offer their expressions. The inmates then reciprocated the sincerity and respect that Prem Rawat showed them in the most kind and loving fashion, as they began to explain what his message had done for them in their own lives. The humility, thankfulness, and appreciation that they offered were overwhelming, and any words to describe it could only diminish what was being said between human hearts.

Afterwards, Chantal Piriz, one of the PEP class leaders, got up and fought back tears as she thanked each and every one who contributed to making the event a success. She reached out to the individual inmates as well and thanked them for their attention and contributions.

Then as the event concluded, a guard came in and instructed the inmates to file out one row at a time. In that moment, the reminder came that we were still seated within the walls of a penal institution.  However, as the inmates rose to leave, they seemed totally impervious to that condition and their surroundings. They just sort of floated out of the room, smiling, beaming, and waving to the rest of us, like they were leaving on a cruise ship and saying goodbye to those left behind.

The transformation was amazing, and in the end, they all walked out of the room just like free men. 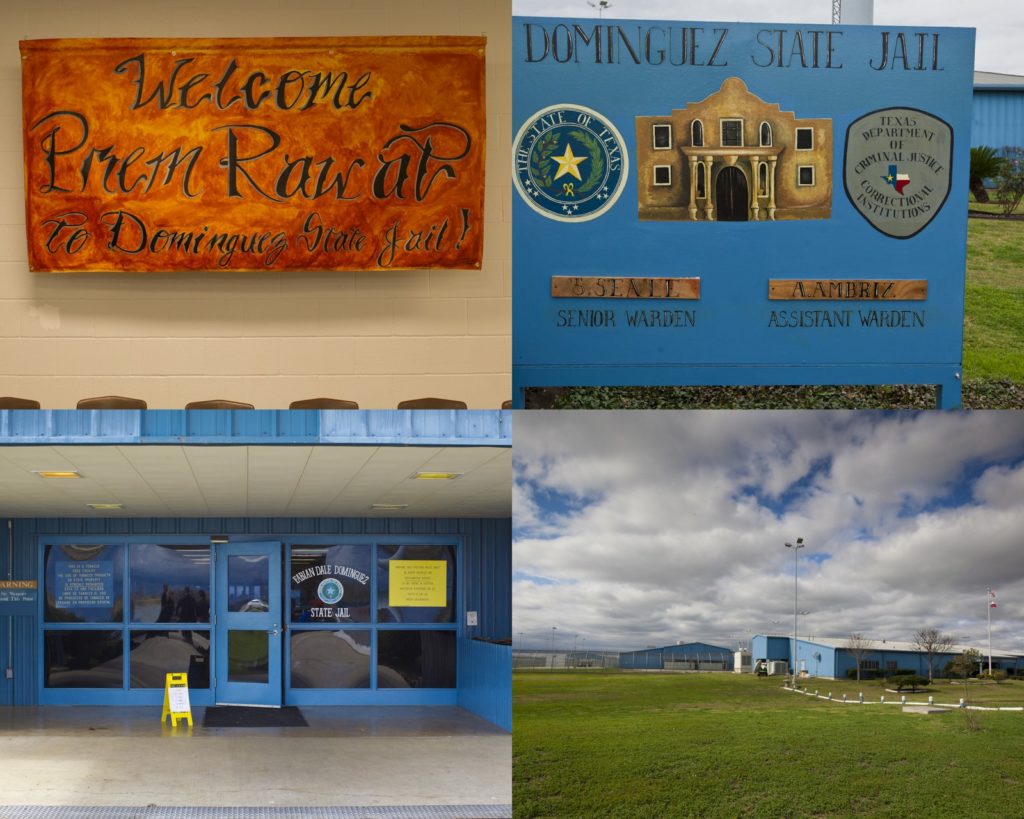