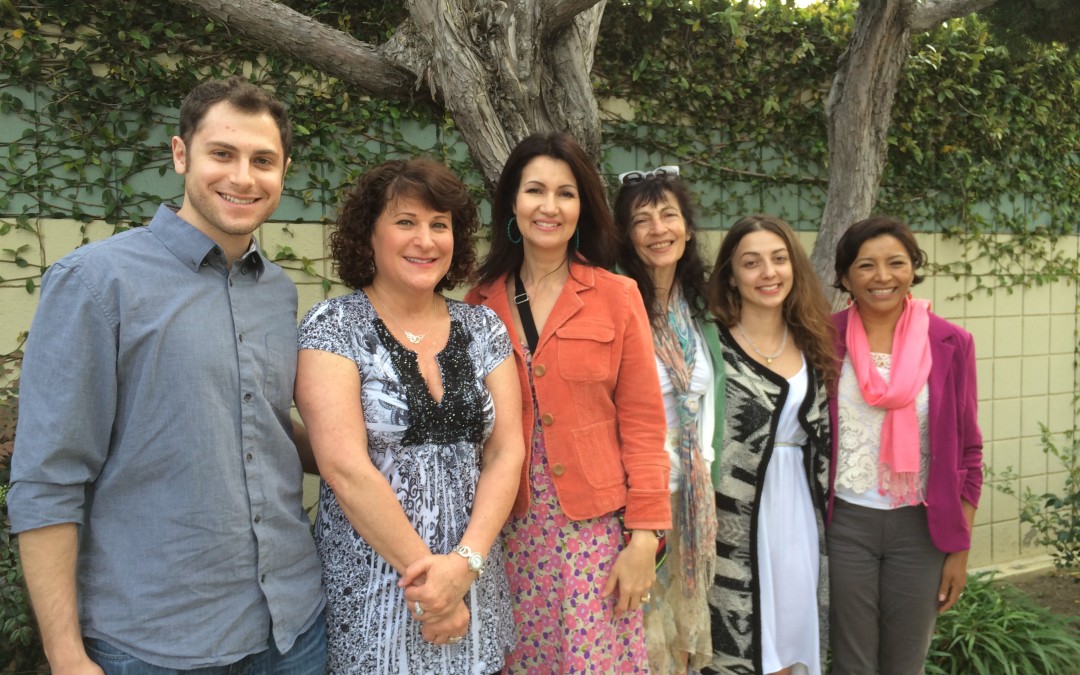 On March 15, 2015 Prem Rawat addressed a capacity crowd of about 1,400 people at the Oxnard Performing Arts Center in Southern California, his first speaking event of the year.

The seaside city of Oxnard lies 60 miles northwest of Los Angeles, and the region has several community groups participating in The Prem Rawat Foundation’s Peace Education Program (PEP). The program’s workshops feature video footage of Prem’s international speeches about personal peace and inner resources, but the Oxnard event marked the first opportunity for many local participants to see him deliver a live address.

Sharing her thoughts just outside the theater soon after seeing Prem speak for the first time, PEP participant Adriana Almontes said she was struck by how “the energy just kept growing and growing in there. I’m still vibrating from it,” she said. Her central takeaway from the address was “to be comfortable within your own skin. When you love yourself within, then the rest transforms,” she said.

That was a message that resonated with Sharon Eichner, another local PEP participant. “What I got out of what he said today is that we need to look inside and be our own inspiration. I think that’s true. It’s important,” she said. “If you anchor yourself in those things he spoke about–self-compassion, self-acceptance, self-love–the things that happen in everyday life, the difficulties in life, can’t break you down as much.”

As he explored the theme of personal peace, Prem urged attendees to look inward to find a sense of happiness that isn’t dependent on “our appointments and responsibilities.”

“We get lost in all those things that we do,” he added. “That’s not happiness. … Happiness is when your heart dances with you, when your heart is alive. That is the state of happiness that is supreme. … Socrates was not wrong when he said, ‘know thyself.’”

For Angela Ayala, the speech was a good reminder that “life is a miracle–that every day you are alive is a miracle.” Angela is in the midst of taking the 10-week PEP course a second time “because I enjoyed it so much that I wanted to go back and continue, and maybe see if there were messages and information that I missed the first time.”

Meanwhile, Sharon’s son, Andrew, accompanied her to the event, curious to check it out after watching a few videos at home of Prem speaking. He also shared some thoughts just outside the theater under the warm California sunshine.

“I think the message ‘know yourself; look inward’ is especially good for young people. It’s difficult when you have a bunch of different directions you’re being pulled in. So to know yourself, it’ll help you decide which path and direction you want to take,” he said. “I feel like our younger generation has a general cynicism about the world as it is today. So I think having a different outlook, an appreciative outlook on things, on life itself, is helpful.”