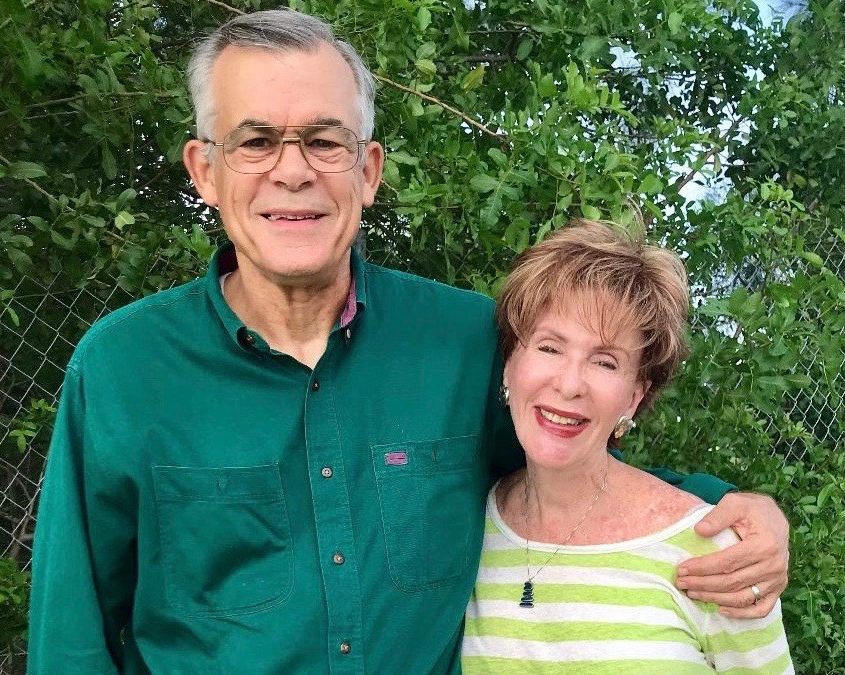 Jeff Camp and Lucy Collins are Miami volunteers for the Peace Education Program. They have both been instrumental in organizing facilitator teams, and implementing the program at correctional facilities, as well as in other organizations. Here are some excerpts of a conversation with teammate Loring Baker about their experience with the program.

Once a facility agrees to hosting the peace education workshops, how are they marketed to the inmates?

Lucy: Initially the officials put up posters in the various cells or common areas. We offer to provide them with the posters or they come up with their own. After a week or two, then it becomes word of mouth. The posters aren’t even necessary. Workshop attendees spread the word like crazy.

What do you think they tell each other? What is the “word of mouth?”

Jeff: In my experience they say something really simple, like, ”man you gotta come listen to this guy, Prem Rawat.” They say something about how it’s changing their life. “I remember what that guy said and I don’t get into fights anymore.”

Lucy: I’ll just quote something that an inmate said yesterday, who has been through nine classes. “I’ve been in prison for a long time and I’ve been in many different prisons, and I’ve never heard anyone anywhere talk about learning about peace in prison. This is the first time, and this is where I want to be.”

Jeff: And it is effective. We started with one class at Everglades Correctional Institute with 25 people who had signed up, which was amazing in itself. Now there are eight courses running concurrently and a waiting list. This growth in popularity happened in less than a year!

So, what actually happens in a class?

Jeff: It is pretty much the same thing every time. One of us gets up and introduces the session, explaining that we’ll listen to excerpts of Prem Rawat, who has been speaking to people about personal peace for the last 50 years. We tell them the topic of the day and let them know they will have a chance to respond and express themselves. Then we turn the video on and magic happens.

Lucy: They listen to Prem speak about simple subjects: peace, gratitude, understanding, dignity, clarity. Everybody has heard those words, we don’t always have a relationship with those words. In very simple terms he is talking about the inherent resources all of us have inside of ourselves.

What happened in the first classes?

Lucy: When we first started, the majority of inmates came in and they couldn’t even look at us. They were so hurt. They were damaged people, they were suspicious.

Jeff: Yes, they came in and didn’t even talk to each other. You could tell they were waiting, with arms crossed, for some kind of hook. The second class they were more relaxed. The third, they spoke to us a little at the beginning, “Hi, nice to see you….” So that was how it went, they hardly said anything, but in the last workshop, where they received an acknowledgement for participation, there was just an explosion of happiness and gratefulness. It was amazing.

Why do you think peace education has such an impact in prisons?

Lucy: Because everything else has been taken away, they don’t have so many distractions. They are desperate to have a real experience. They live very simple lives. They go to sleep at a certain time, they get up at a certain time, they are given certain food each day. And this workshop experience, for them, is like letting a bird out of a cage, and that bird is their heart.

Jeff: A lot of these people have been fasting from the world for a lot of years. It is just them. They don’t give a damn what I do or where I live, their world is not about that. So when someone starts talking about the basics of being a human being that is a very relevant message for them to listen to.

Why do you think Prem Rawat makes such an impression on them?

Lucy: Because he is talking to their heart—a part of them that is real, that they lost touch with. They are not being told to believe something. They are actually told to trust themselves, to get in touch with their own feelings. There is one inmate who has been incarcerated since he was 18, he has been in prison for 46 years. A counselor told us that until this guy started taking the program he never talked to anyone, he never had a smile on his face. He just kept to himself, for 46 years. And now he is never without a smile!

Jeff: Prem is not telling them to change their religion, become a vegetarian, or tell them that they’re in trouble. He speaks to their common humanity. It’s a message they connect with.

Being at the prisons, with the prisoners, do you ever get scared?

Lucy: I think people who have never done this might have some anxiety, but personally, I have never felt that. I feel completely safe and protected in that environment. We get to be with human beings who want to be more conscious human beings. It’s a funny dichotomy, because sometimes on the outside, you don’t get that chance!

Jeff: After one of the recent classes which was particularly impactful, I was standing next to one of the inmates and with this big smile he said, “I cannot believe that I am in here for murder, and this is where I hear this guy.” And here I am standing in a room, helping facilitate a class, with a man who has been convicted of murder.”

What got you into this and what keeps you going? You’ve been doing this for years.

Lucy: Joy. Because this is changing people’s lives. I feel like I’m in a position to make a difference, that I can do something good with my life.

Jeff: I went to an event where Prem Rawat talked about the impact this program is making in prisons and I said, “I want to be part of that.”

Learn how you can facilitate the Peace Education Program here.