TPRF volunteers are bringing Prem Rawat’s message of peace inside the walls of prisons around the world. Inmates, prison administrators and staff members have responded with warmth, appreciation and enthusiasm to Prem Rawat’s Words of Peace television series and related print material. The recently published Ancient Wisdom Series provides inspiring stories about human potential. These stories have become popular with inmates and prison officials alike.

One of the inmates in Cancun’s Public Municipal Jail had this to say about the program: “Hearing this message has totally changed how I am, how I act and think.” Another inmate said, “It helps me to grow spiritually and internally. It has changed my life inside the jail because I enjoy the time more and don’t want to fight or argue like before.”

Chris Taney, Luis Lopez and Clara Lopez have facilitated the program as volunteers at the Montgomery County Jail in Maryland. Here is Chris’ first-hand account of the Peace Education program.

This particular jail is a very modern facility completed in 2005. It is home to just over 1000 men, women and juveniles. Most inmates stay at the jail for 60 to 90 days while awaiting sentencing. 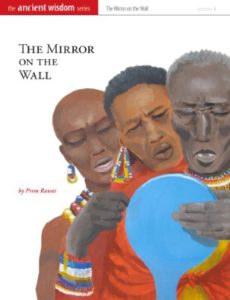 It took almost a year and a half before the prison administration approved the Words of Peace classes. After several postponements, lock downs, training, orientation and other delays, we finally received the green light to begin. However, there was one last obstacle—no one had signed up!

It quickly became obvious that we couldn’t just rely on posters or memos to get the word out about this class. So Clara decided to go into the jail to talk with the inmates and share with them her experience of what Words of Peace was all about. On her day off, Clara went into the jail and visited the living units. Since the first series of classes was in Spanish, she spoke with the Spanish-speaking inmates on 4 different units that day. The result was staggering—52 people signed up!

Even though all of the inmates who signed up didn’t make it to the first class, the turnout revealed a strong interest in peace education.

The first class was held in a cavernous gymnasium that was more than a little too hot and humid. White plastic chairs were arranged in rows in front of an aging TV set on a metal cart. Twelve inmates attended this first Words of Peace class.

Luis and Clara spoke for a few minutes and then introduced the first peace education video, which had Spanish voiceover. Even though the television’s sound quality was not the best, the inmates sat very still, concentrating on the screen for the entire class.

One of the most interesting things that I remember from that day was the amount of discussion that followed the video. One person after another spoke about what the presentation had meant to them. When it was time to go, the inmates came over to a table off to the side of the room and picked up some printed materials to take back with them to their units. There were copies of the Ancient Wisdom Series in Spanish that Luis had printed from the Words of Peace Global website and a variety of other materials.

The volunteer coordinator had stayed for the entire class. She let us know that the following week we would have a new classroom and a brand new TV set . . . and we did!

As they filed out, the inmates took time to shake hands with all of us. “Gracias. Gracias.” “Thank you!” “See you next week!”

One thing that I’ve always appreciated about the experience of peace that Prem Rawat talks about is that it is for everybody. As long as we are breathing, we can enjoy that. It doesn’t make any difference if we are on the “inside” of a jail or on the “outside.”

When I became interested in taking this message into jails and prisons, there initially was a degree of fear involved. My fear comes from my ideas of the unknown. I was filling in the blanks with images I had created from watching way too much TV while growing up.

My experience of visiting prisons is different from anything I imagined. It is not like any movie or television show. It is more like spending time with the people I stand next to in line at the movie theatre, the grocery store, or the Department of Motor Vehicles. These are just regular folks who have been arrested for something. 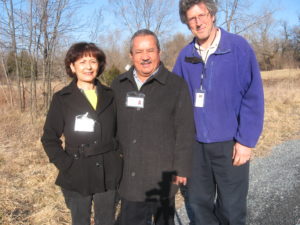 It is none of my business what they are in jail for. These guys have a genuine thirst for peace, just like I do. There is a real light in their eyes when they express their appreciation for the classes and the printed materials.

My life has become richer by knowing them.