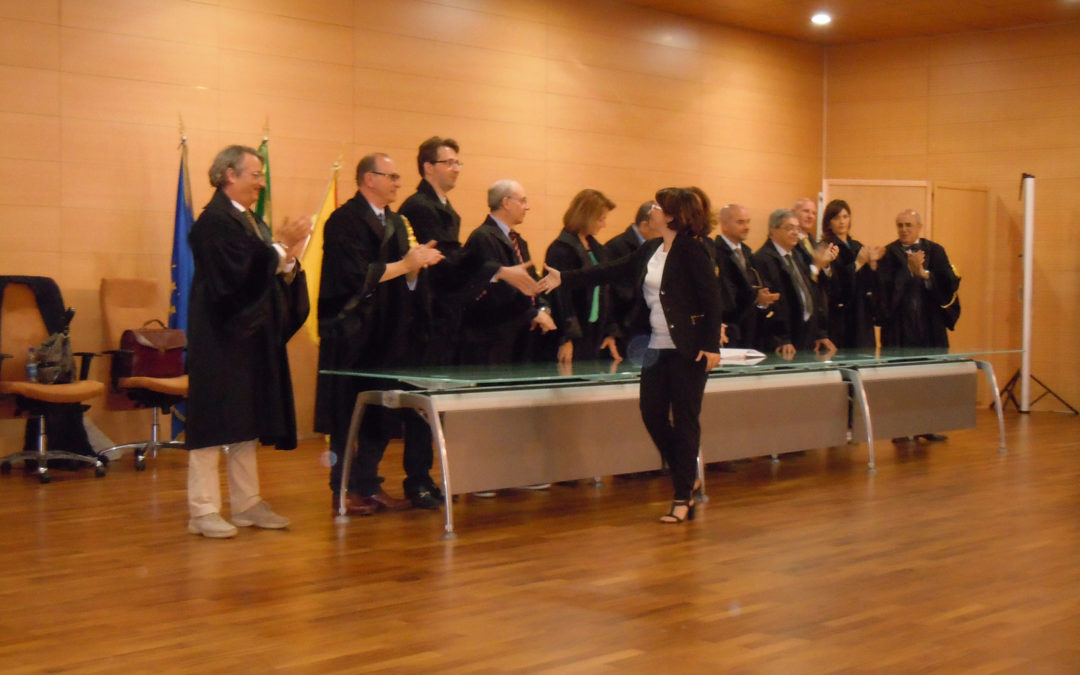 Roberta Ragonese, a student at the Faculty of Architecture, University of Palermo presented her doctoral thesis on May 25th to the faculty members of the university. Her doctoral dissertation, entitled “Peace-Box/Tool for Peace: New Spaces for Social Integration,” is based on a project she created for a student competition held during the “Week of Peace” in Mazara del Vallo, Sicily, in May 2011. Roberta is grateful to her thesis director, Professor Architect Giuseppe De Giovanni, who enthusiastically believed in her project.

The dissertation earned Roberta a mark of 110 points out of a possible 110, and honorable mention from the faculty, as well as a Doctor of Architecture Degree.

During the 2011 “Week of Peace,” Roberta’s Peace Box project earned second prize in the First Prize for Peace competition sponsored by the city of Mazara Del Vallo and TPRF.

The Peace Box concept proposes open booths positioned along the streets of Mazara del Vallo at the borders of specific sites that are like “cultural borders” between the various ethnic groups residing in different parts of the City.

The Peace Boxes are designed to link different ethnic groups in the name of peace. Inside the boxes, people of diverse languages and ethnic groups work together to offer visitors a chance to “reflect on peace.” The boxes provide a place of contact to improve social relationships by promoting activities that bring people together to share ideas and resources to create a more peaceful world. The boxes also provide a distribution point for promotional items like shopping bags and T-shirts imprinted with themes of peace, in addition to brochures on the subject of peace.

Roberta’s doctoral thesis includes the preamble of the Constitution of UNESCO, quotes from Prem Rawat’s public speaking events, and beautiful pictures of the Week of Peace 2011. 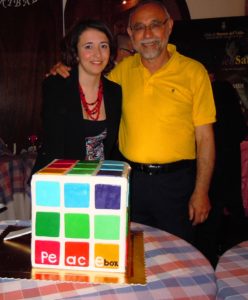 The newly graduated student publicly thanked The Prem Rawat Foundation and the Mayor of Mazara del Vallo, Nicola Cristaldi, for having promoted the First Prize for Peace competition and for being a stimulus for the development of Prem Rawat’s work in Sicily. The mayor said he wants the Peace Box project to become a reality along the streets of Mazara del Vallo.

Professor Angelo Ditta, Consultant on Peace Matters for the City of Mazara del Vallo, interviewed Roberta after the ceremony. When asked about her thoughts on peace, she replied, “Peace has to become a practical thing, not something that remains in the realm of abstract ideas. Peace has to unite different cultures.”

When asked about the Week of Peace 2011, Roberta answered, “It was an important occasion for Mazara and its citizens to reflect on peace, but also it was an opportunity for the city to rediscover its connection to peace, one that has been there for centuries. TPRF deserves our gratitude because it inspired that process and the Foundation is also the bearer of a concrete message of peace.”

Professor Ditta’s last question to Roberta inquired about her future as an architect in relation to her commitment to peace.   She answered,“Cities have to become a place where more of an emphasis is placed on human life through the design of living spaces that bring us closer to happiness rather than chaos. It is important to reevaluate the design of collective spaces in cities keeping this idea in mind.”

Editor’s Note: Giuseppe M. Buffa, TPRF’s “Reporter for Peace in Sicily,” promises to keep us up-to-date with the ongoing project in Mazara. 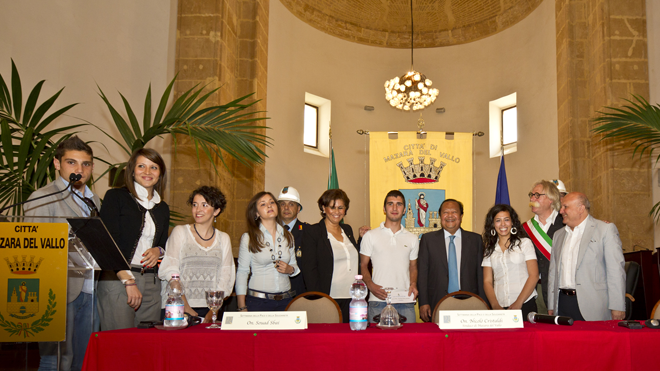