MY HERO Film Festival Selects ‘Voices for Peace’ as Finalist 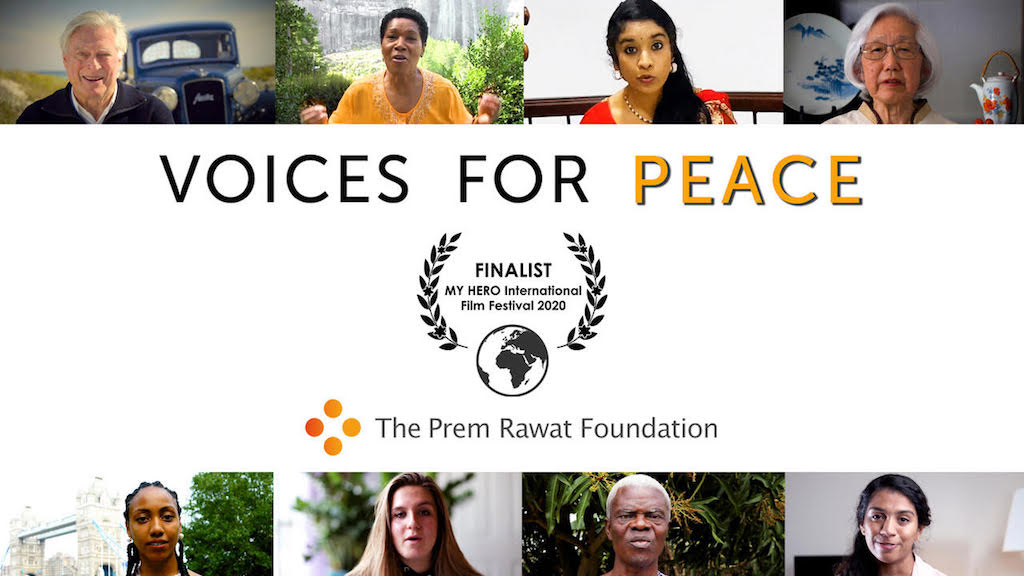 The MY HERO International Film Festival has selected The Prem Rawat Foundation’s “Voices for Peace” as a finalist for the 2020 Ron Kovic Peace Prize.

Featuring words by TPRF Founder Prem Rawat, the “Voices for Peace” short film brings together diverse volunteers from across the globe to share a hopeful message that despite our challenges and differences, peace is possible. “Voices for Peace” was first released in September in solidarity with the UN International Day of Peace, an occasion devoted to strengthening the ideals of peace, both within and among all nations and peoples.

The video has been featured in global Peace Day broadcasts, and has been making a splash on social media, where it attracted the attention of organizers of the MY HERO Film Festival who invited TPRF to submit it.

“We admire the passion and commitment displayed by the heroes in your film to make the world a better place,” says Wendy Millette, MY HERO Film Festival Director.

The Ron Kovic Peace Prize is awarded to “the short film that most effectively addresses the issue of world peace.” Kovic will select the winner, and it will be announced on December 12 during a virtual event (event details to be announced).

An accomplished author and activist who has worked for world peace over the last 40 years, Kovic served in the Vietnam War and is portrayed by Tom Cruise in the award-winning film by Oliver Stone, “Born on the Fourth of July.”

In addition to the film festival, the MY HERO Project has several initiatives to fulfill the nonprofit’s mission of empowering people of all ages to realize their own potential to create positive change in the world.

Watch “Voices for Peace” below, and learn more about the MY HERO Film Festival and watch previous winners here.