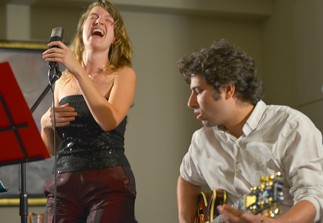 For a second year running, volunteers for TPRF held a very successful golfing event in Montpellier, France.  The event was organized in partnership with “Enfance et Partage,” a charitable organization that cares for abused children.  Said one of the organizers, “a real relationship of trust and sharing is developing between us and the charity.”

The planned format of the event was a golf tournament during the day, awards and cocktails in the late afternoon, and a dinner with a live concert and a raffle of beautiful prizes in the evening. Thanks to a generous donor, the first prize for the winner of the golf tournament was a one-week stay for two people in a lovely villa in Malibu.

Despite enthusiastic plans, just a few days before the event was due to take place, only a few people had registered for the tournament and dinner.  The team feared that the event might have to be cancelled.

But, say volunteers, this is when the “magic” took place. The manager of the golf club, very much touched by their efforts, sent an 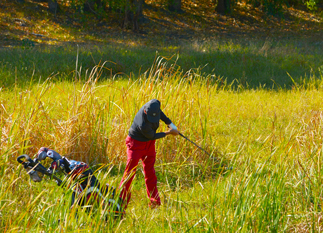 email to all her golfing contacts, reminding them that the tournament was for a worthwhile charitable cause. And so it was that in only ten days the total registrations rose from only 3 golfers to 28 and from 20 diners to 66.  The Montpellier golfing event could thankfully go ahead as planned.

During the awards ceremony, guests and golfers watched two videos, one of the opening of the Otinibi Food for People facility in Ghana and one a short New Year’s message from Prem Rawat. Then in the evening, diners were entertained by local musicians and two singers who had travelled all the way from Spain to take part.

Organizers reported that everybody seemed very touched by the sincerity of Prem Rawat’s words. The golf club manager herself commented after the awards ceremony, “What a pleasure to feel that someone, at last, speaks from his heart with no hidden agenda.”

Said one volunteer, “We all danced late into the night to celebrate a very successful fundraiser for children in need!” 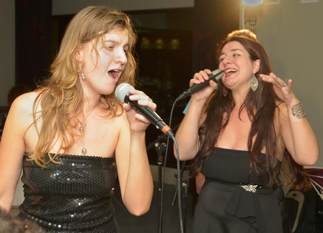