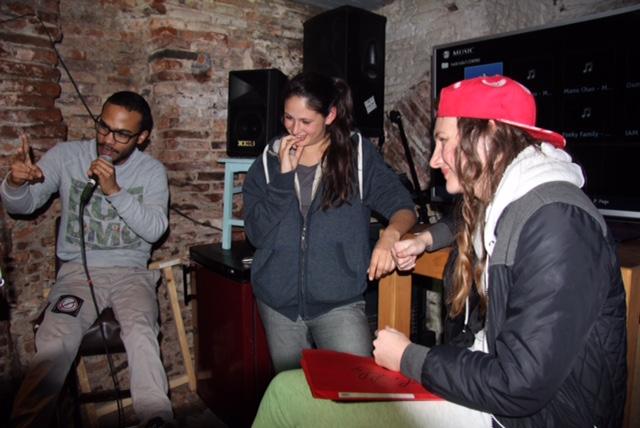 Marie Ferrandon is part of a team of volunteers who organize PeaceBeats Toulouse, an event that aims to inspire the discovery of peace among youth in Toulouse, France. 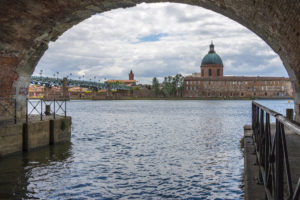 On October 8 Toulouse will host PeaceBeats 2016 at Le 57 Café Theatre for the third year in a row. Named the Pink City (La Ville Rose) for the pink bricks used to construct many of its buildings, Toulouse is known for its medieval architecture, ancient and modern art, incredible food, bustling cafés, and the Sunday flea market along the River Garonne. Toulouse is also the center of the European aerospace industry. The fourth largest city in France, it has a thriving atmosphere for young people.

Café Theatre is a music school—the perfect venue for PeaceBeats. The staff has been very supportive. The idea of peace is meaningful to them, so they have made special 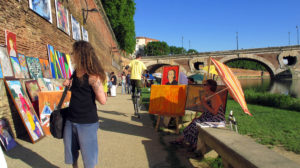 arrangements to allow the event to happen. Music will include rock, folk, pop, and rap, with different artists and performers invited each year. We will also introduce the Peace Education Program (PEP) with a video excerpt of Prem Rawat speaking about self-fulfillment.

We have modeled PeaceBeats after its 2013 originators in Brixton, England, adding creative elements adapted to French culture each year as the event evolves. We are

happy that several performers who participated in the past have volunteered to help with this year’s PeaceBeats. One of them, an event organizer and musician specializing in social media, has been letting his large network of contacts know about the event. He is also studying theater. Inspired by a story from one of Prem Rawat’s videos, he spontaneously decided to create a little sketch to illustrate the story during the event.

We have reached out to all kinds of creative young people in Toulouse.

During the event we plan to invite audience members to drop a little note in a box—with a question, comment, poetry, or lyrics—and have “crieurs” interact and play with them, lively performers who will reflect the participants’ feedback. (A crieur is a town crier of medieval times, but in this case more like a jester.) 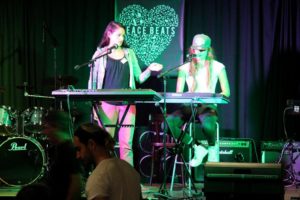 There will be five acts, each one about 20 minutes long, interspersed with video clips of Prem talking about peace with recorded voiceover translation. Our team has learned from previous PeaceBeats that very short, high quality clips, speak to people. Also the role of the MC is critical. This year an enthusiastic young volunteer will be our MC.

The idea of these events is to inspire as many young people who are interested in peace as possible. We have reached nearly 3,000 viewers with the 2014 and 2015 PeaceBeats video clips:

Pens will be given out at the event that are engraved with the The Prem Rawat Foundation website URL as well as the PeaceBeats Toulouse website URL so that attendees can learn more about peace efforts and get involved if they like. The event will be filmed, and a video clip will be released afterwards and shared on social media. Our goal is to create a deep and durable culture of peace, ensuring that each individual’s perspective and understanding is respected. 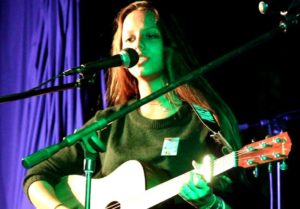 We feel that PeaceBeats model is not only for France. We intend to promote the video clips better so that the message can reach vast French-speaking communities in Africa, Canada, Haiti, and others.

Our team is anticipating Saturday’s event with great excitement. It promises to be an amazing celebration of peace. We will let you know how it goes.