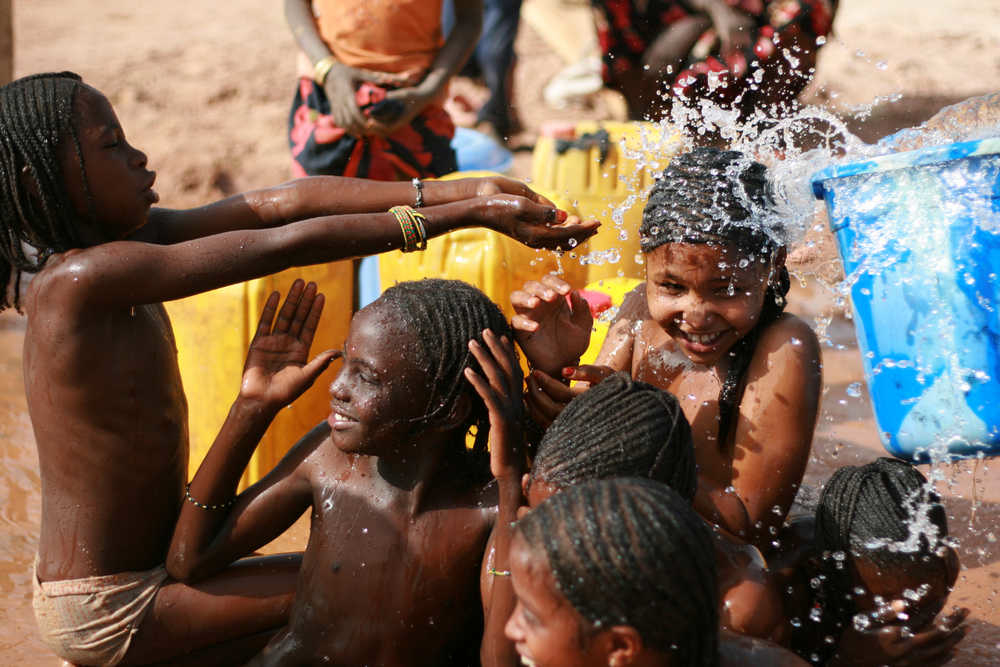 Ariane Kirtley is the Founder and Director of Amman Imman: Water is Life, a nonprofit organization that brings sustainable water sources and other development assistance to West Africa’s Azawak region. As a Fulbright Scholar, Ariane lived with families in the Azawak region and discovered the human face of climate change: people literally dying of thirst because of their inability to adapt to a rapidly changing climate.  Ariane found these people to be the most generous and dignified as well as the most vulnerable of the populations she encountered in her travels throughout West Africa. She had never before witnessed an area with so few resources and infrastructure, where individuals live on the brink of disaster on a daily basis due to circumstances beyond their control. Most importantly, she had never seen half a million people in such distress receiving so little assistance from the rest of the world. Ariane has devoted her life to improving the conditions of those who she calls her ‘brothers and sisters.’  She founded Amman Imman in 2006. Ariane, her husband Denis Gontero, and their two young sons live in Niger for several months a year to conduct Amman Imman activities.  Earlier this year, TPRF helped to fund one of several borehole wells Amman Imman has drilled.

Ebagueye Village: 8 months After the Construction of their Borehole

Through our work in Niger’s Azawak Valley, we have learned that local communities are the heart and soul of Amman Imman’s work. They are not only the people for which we work, but those with which we work. They are some of our most important partners. They represent the key to sustaining life-giving water sources over the long-term and to ensuring that each water source enables further development.

The story of Ebagueye Village, home to Amman Imman’s newest borehole well, demonstrates the power of our local partners. As you may know, Amman Imman means ‘water is life’.  Within just six months, I have seen this prophecy come to fruition for those in Ebagueye Village. 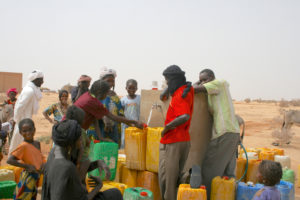 Lives are Changing in Ebagueye since the Borehole

Once a desolate stretch of sand and silt, Ebagueye Village is now brimming with life. Since January, those living in Ebagueye have been enjoying the benefits of their new borehole – in part funded by TPRF and drilled by Amman Imman.  With water, villagers report having more time and energy for other integral tasks, such as caring for their livestock, raising their children, doing household chores, making crafts and gathering fallen branches to sell as firewood at the market. Some in the community helped to build a protective wall around the borehole’s water tower and engine, giving them a sense of ownership over their water source.  They plan to grow a garden within the perimeters of the wall.

A management committee of villagers, trained by Amman Imman, sells the water, and the money raised is used for the long term operation and maintenance of the borehole. The money is also used to pay a small stipend to the workers who manage the distribution of water at the fountains and animal troughs. The villagers—our partners—feel proud to be working for their community and to be providing an essential service.  For the first time, they earn money for their work in the village.

More than 5,000 people benefit from the borehole daily, the very first time they have a constant supply of potable water in the vicinity. In the past, children left school at the height of the dry season to travel marathon distances to find clean water for their families. Now, they stay in school.

Not only are children better educated, they are also in better health. Already, parents report less diarrhea and sickness related to fatigue and dehydration among their children and themselves. Many families have since built a rudimentary shower in their homesteads, and people are bathing more frequently.

Thanks to the borehole, the Abalak commune (home to the largest and closest city) has named Ebagueye and its surrounding communities as an official village. Achieving village status means that the community will benefit from additional help and oversight from the commune and others.

Living in area afflicted by a burgeoning food crisis, the World Food Program just recently chose Ebagueye and Amman Imman’s other borehole community, Kijigari, for limited food assistance. The World Food Program distributed food tickets to eleven families in Ebagueye, which has earned them one or two free bags of rice, and one or five liters of oil, for three months. 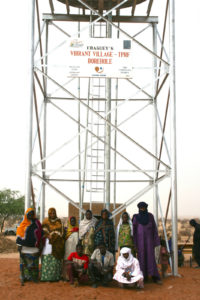 Representing hope and development to those living nearby, Ebagueye has attracted new resident families who have abandoned their nomadic existence and have built permanent adobe homes in the village. For several months, Ebagueye also attracted residents from Abalak whose own water sources ran dry, and refugees from neighboring Mali who searched for water during their exodus from political turmoil.

In addition to water, Amman Imman distributed books to the Ebagueye school and mango trees for growth around the village.  The trees grew well and inspired the villagers to purchase and plant 41 shade trees. We plan to provide additional food assistance, including seeds for planting and hay and grain for livestock, during the coming months. Although a new life has begun, those in Ebagueye still face a crippling environment. Food supplies are drastically short and with a lack of health care and other development assistance, the people often suffer and die at a young age from preventable conditions.

Development is not something that happens overnight. With better chances for health and education, we believe that with time, communities will flourish and be empowered to take ownership of their own development. Those in Ebagueye have already asked for a health center, and through partnerships with local families, and other development organizations and funders like TPRF, we hope their demand can be met.

Yours, for the children of the Azawak, 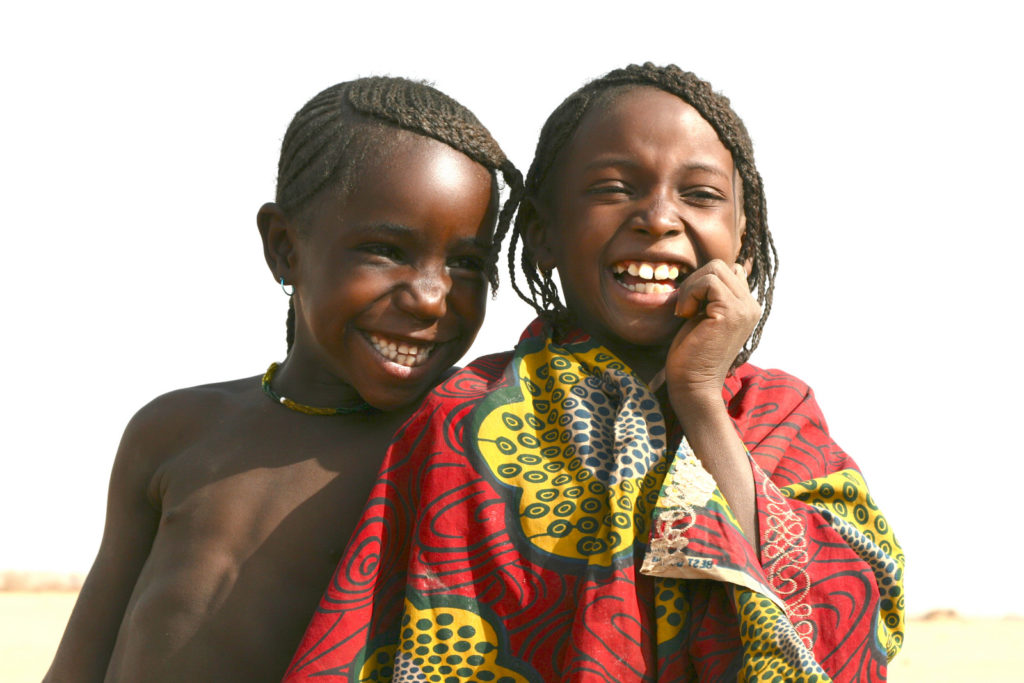