For more than three years, Marcela Isaurralde, Silvia Acosta, and Edith Lombardia have worked tirelessly to bring Prem Rawat’s message of peace to the inmates of Ezeiza prison located thirty miles outside of Buenos Aires, Argentina. The team holds workshops featuring Prem Rawat’s “Words of Peace” videos in Spanish and distributes printed material published by TPRF. Marcela Isaurrade recently submitted this inspiring story updating the progress of the “Peace Education Program” in Ezeiza.  Her story highlights inmate response to the program and a special response to an invitation.

I am so thankful to Prem Rawat for coming here last year to Unit 31, the women’s prison, and speaking to the inmates. We had invited him for the past three years, and then, even when no one thought he might ever come, he came and spoke, touching everyone’s heart very deeply. In our workshops every Tuesday since then, the inmates speak about that wonderful day. They always say, “Please invite Prem Rawat again!”

At the beginning of the year, we met with the director of Unit 1.  It is a huge prison about a ten-minute walk away from the women’s prison. Unit 1 houses 1,700 inmates, mainly men, with a staff of 1,200. The director heard Prem Rawat speak when he came here last year and invited us to start a workshop there, too. We told him that Prem Rawat might come to South America again soon, and he said, “Let’s invite him. His message will help the inmates!” We happily agreed! 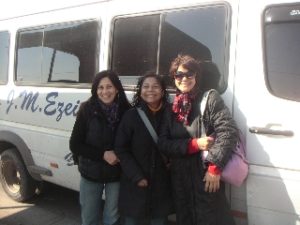 An inmate who had talked to Prem Rawat when he visited here was released shortly after the event with him. She had a difficult time adjusting to the outside world again, but we spoke with her a few times. At New Years, she contacted us, saying that the event with Prem Rawat is tightly held in her heart and will be so ’till her last breath. We told her we had a Christmas gift to give for her the next time we meet. She replied, “The best gift that I have ever received from you is that I got to know Prem Rawat—his words, his message, bringing light and hope in such a dark moment in my life!”

She told us how important Prem Rawat’s words were to her in prison. She said that when she couldn’t even go outside to see the light of day, but she could feel the light of hope.

Now she continues listening to his message of peace, and whenever she feels bad or afraid, she reads his words, and that helps her a lot. When we gave her some DVDs, she received them with tears, saying that something good happened while she was in prison—her introduction to Prem Rawat and his message.

Sometimes, in the workshops, the inmates want to continue watching DVDs, so in deep silence and very still, they watch for another half hour. They all leave happy and smiling, promising to come back. Some write messages to Prem Rawat to thank him.

In the beginning of June, the prison director invited us to start giving a second workshop in a special sector in Unit 31 with inmates who will be released soon. Many of them have been in our workshop before, but they were transferred to this sector in another building, and we had lost contact with them. They were so happy when they heard we would be coming to them. We were happy, too!

On June 7, we began this second workshop. It was a new beginning. When the inmates left, they said they would be waiting for us next Tuesday and for many Tuesdays to come!

Today, I was walking silently along the corridors of the prison, feeling my heart so deeply—so real, so strong. In such a dark place, among people coming and going and shouting, here I am bringing this message of peace and love. What a unique opportunity! I am so glad to be part of this. 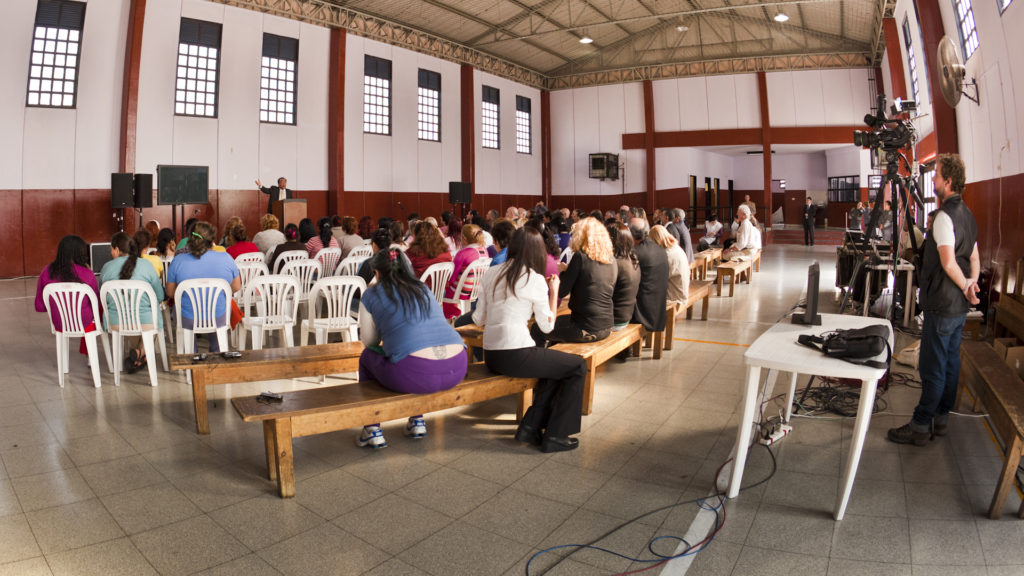 Prem Rawat Speaks to an Audience at Ezeiza Prison