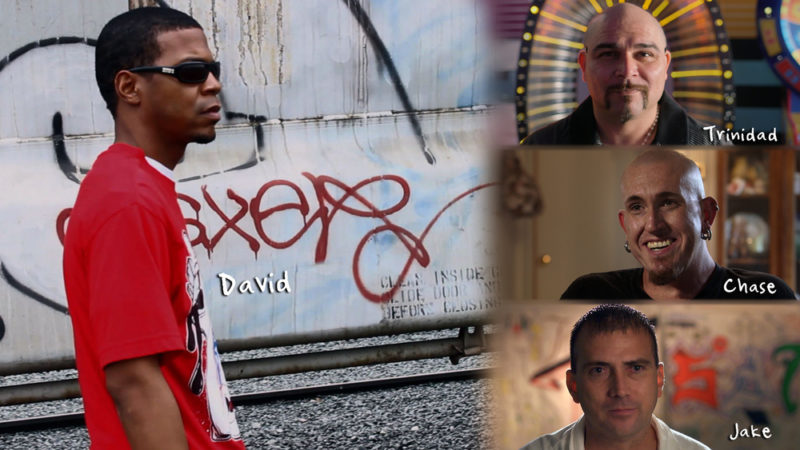 Thom Adorney, a former teacher, works as a photographer and educational consultant. He volunteers as a Peace Education Program (PEP) facilitator. Thom recently began serving as the Screening Director for Studio View Productions, the independent company that made the film Inside Peace. This documentary is about three criminal offenders marked by generations of violence, addiction, and poor social conditions who attend the Peace Class in a Texas prison, where they struggle to discover their humanity, improve their outlook on life, and rebuild their lives from the inside out.

The award-winning documentary Inside Peace had its New England premiere last October in Boston, and received rave reviews. Of the 130 guests who attended the screening, 30 were state and local officials.

Prior to the screening, a team of volunteers contacted about 150 decision-makers at the state and local level, offering them complimentary passes. Among those invited were the governor and lieutenant governor, the mayor of Boston, state legislators, county sheriffs, counselors, and education coordinators for correctional facilities, to name a few. Also invited were several people who had previously been incarcerated.

The response to the film was immediate and heartfelt. Attendees were visibly touched by the film and expressed gratitude for the chance to see it. Many expressed interest in learning more about Inside Peace and PEP. 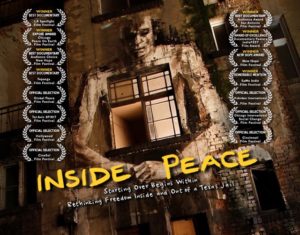 Here are some of the initiatives that have come as a result:

Inside Peace and PEP at Plymouth County Correctional Facility (PCCF)

The Director for Education Services brought five of her staff to the film, and they were all impressed. “That film was amazing!” the team raved. “Why don’t we get the Peace Education Program in all of the prisons in Massachusetts? There’s going to be a groundswell about the documentary and the program.” A new PEP team met with her staff and arranged to show Inside Peace and begin PEP classes in December 2016.

The Commissioner of Rehabilitative Services missed the screening but asked if she might see the film another way. We sent her a DVD of the film and are in discussions about next steps for using the film and PEP.

Inside Peace Screening at the State House

On February 7, three state legislators hosted a screening of the film at the State House, for their colleagues and staffs. The response was enthusiastic for both the film and for the PEP. State Representative Kay Kahn and Secretary of Public Safety, Daniel Bennett, each addressed the audience, speaking highly of Inside Peace and of the importance of the PEP and similar programs in correctional reform.

The interest generated by the screening in Boston demonstrates how Inside Peace can generate interest in PEP in a grassroots way. Once people see it, they pull it into their networks, and, in so doing, expand public awareness of peace education.