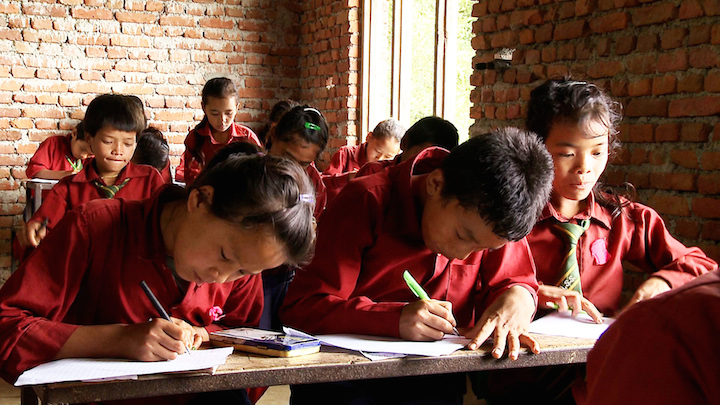 Each year, at the end of 10th grade, students across the country take the School Leaving Certificate (SLC), a test to see if they’re eligible to continue their education. Before 2009, when the FFP kitchen opened in the mountainous area of Tasarpu, no students at the Adarsha School had ever passed it. Now in 2015, the percentage of students passing the exam in the impoverished area is far above the national average. And a range of students and local leaders credit the transformation to the daily free nutritious meals provided by FFP, which allow children to focus on their studies instead of struggling to eat.

Just released in July, the exam results show that 21 out of the 29 students at Adarsha School who took the test achieved passing scores. The passing percentage of 72 percent compares favorably to the national average of 47 percent. Even the eight Adarsha students who didn’t pass scored high enough so that they will be eligible to take the exam again in a couple of months.

Another uplifting statistic that defies national norms is that 15 of the passing students are girls. Until the FFP kitchen opened, no girls at Adarsha had ever graduated from 10th grade. Instead, they would drop out at early ages, often in order to get married and help with cooking and household chores. Now, many are opting to focus on pursuing careers that have the potential to benefit the community. 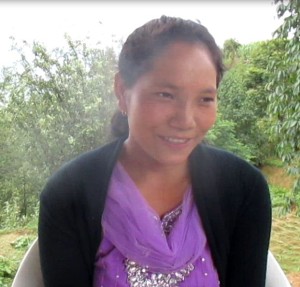 Sita Tamang, who earned the highest SLC score at Adarsha this year, credits FFP with helping her pursue her dream of working in health care. “Because the Foundation provided food, we could study well. It allowed me to be present every day in school,” she says. “In this village, there are many poor people, and the health conditions are not very good. I want to study to become a health assistant or nurse and serve the poor people in the village.”

Her classmate Mithu Tamang shares her civic spirit. After passing the SLC this year, she says she wants to continue her education and become a teacher, returning to Tasarpu to conduct a “women’s literacy tribute so that the whole village can be educated and prosperous.” Mithu has been eating at the FFP dining hall regularly since 5th grade, and she says the meals helped her “become a regular in classes.” 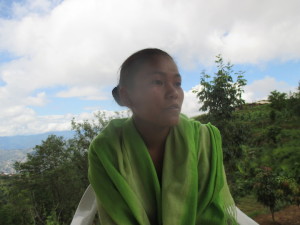 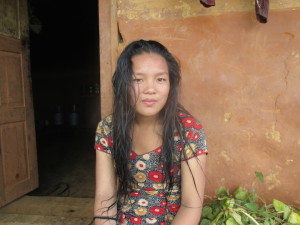 Reena Tamang is another student at Adarsha who successfully passed the SLC and wants to be a health assistant or nurse. “Because of the food at the facility, I did not have to worry about preparing food at home and could focus only on studies,” she says. “I’d like to thank the Foundation a lot for supporting the school children like me by providing nutritious food. I hope the same kind of support will continue in the future.”

In response to children like Reena and many other local residents, the Foundation is not only continuing the support, but expanding it. TPRF is working with its partner on the ground, Premsagar Foundation Nepal, to double the amount of students who receive weekly meals to approximately 1,600. Read more about the decision to expand the food aid program here.

Although the SLC test results were only recently announced, the exam was administered in March, before a 7.8 magnitude earthquake struck the area in April. Read about TPRF’s ongoing earthquake relief efforts here.