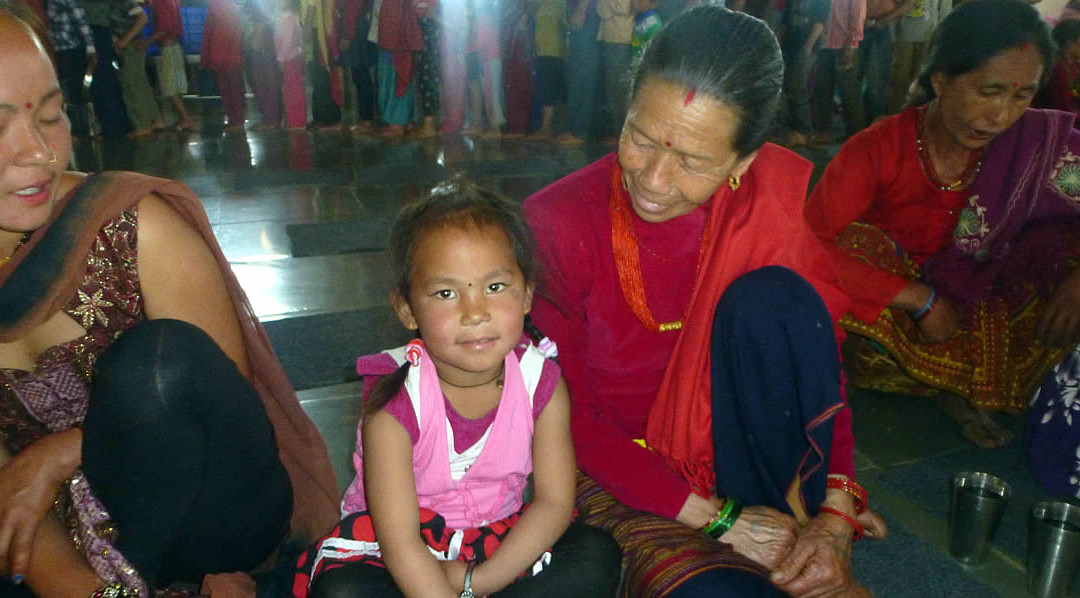 April 10th is a notable day for K.M. Joshi—not just because it’s his birthday, which would be reason enough to celebrate. It also happens to be the anniversary of the Food for People program in Nepal. Mr. Joshi, from Kathmandu, was happy to mark the occasion—by footing the bill for a 700-person “birthday party” for the five-year-old facility that has done so much to improve the lives of the villagers it serves.

“We’ve seen tremendous improvements in the health and hygiene of the children here in the last five years,” says Geeta Bhatta, a local health worker. “Before FFP we used to have at least 10 children a year who had to be hospitalized for severe malnutrition. This year we had none.”

FFP’s fifth anniversary marks a milestone in the health of the village, which is located 25 miles—and 2,500 feet up—from Nepal’s capital, Kathmandu. It’s an accomplishment certainly worth singing about, which is just what the school’s children and teachers were doing, offering songs of thanks and praise at the celebration. “Everybody here is happy,” they sang. “The Foundation is like our heart-beat. We wish it every success in the days to come.” (The lyrics are better in the original Nepalese—they may even rhyme—but the sentiment comes shining through, whatever the language).

The anniversary commemoration started early, as children, parents, doctors, and local dignitaries were welcomed by FFPManager Bhola Rawat. Dr. Hirendra Man Pradhan, Chairperson of Kathmandu Engineering College, called the Food for People program a “model which the government should emulate” before announcing that his university would donate US$1,000 (RS 100,000) per year to the facility along with a scholarship for a few students to his college. Another dignitary called FFP “an exemplary organization that consistently provides what it promises.” The facts and figures backed him up as Premsagar Foundation Nepal’s Vice Chairman presented his yearly “social audit,” a summary of major activities, achievements, and number of meals served since the fourth anniversary celebration. 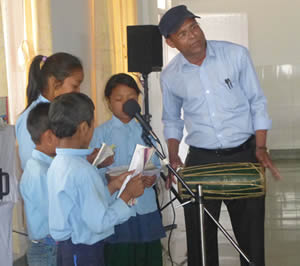 Then, it was time to eat, which, after all, is what Food for People is all about. The smiling guests made their way to the dining hall for a taste of what has made this program such a ringing success.

A lot of good can happen in five years. A lot has. But there’s no time for FFP to rest on its laurels. As the satisfied guests made their way home after a day of celebration, there was plenty to do to make sure that year number six is every bit as successful as the five that came before it.