One of the extraordinary things about TPRF is that it is primarily run by volunteers from the management level down to the grass roots. This post features an interview with Kathya Bustamante, a young woman from New York who has lived and worked in several countries. She is part of a nine-person management team which includes six volunteers. Interviews with other team members will be posted in the coming weeks.

How did you become involved in the management of TPRF?

KB: A little over a year ago, I got a call from  an advisor to the president of TPRF, to let me know about new developments at TPRF and to share the possibility of my joining the team to build and oversee the fundraising area.  At the time, I was deeply engrossed in the launch of a new business venture and didn’t see how I could possibly fit another major responsibility into my hectic schedule. So, I thanked him for thinking of me, but felt I had to decline. However, I couldn’t stop thinking about it for days.

What made you commit the time when so much was going on in your life?

KB: Fortunately, I was  called back about a month later. It definitely wasn’t logic that helped me decide because I still had no free time. I think it was my passion for the work of the founder and his mission and the knowledge that lives are being deeply touched and enriched everyday because of TPRF. I really trust TPRF, and, while I had no idea how I would ever find enough hours in a day to fulfill this new responsibility, I just knew I wanted to do it.

How did you go about setting up the Fundraising Area?

KB: Well, there was a lot of trial and error. Although my studies and professional background are in banking and finance, I didn’t have any fundraising experience. So I set out to interview every TPRF volunteer I could reach over a period of a few months to understand what had been happening, and all I did was to listen and put the pieces together.  From those interviews, I was able to identify five key areas to focus on to raise funds for the Foundation.

My next step was to find experienced, talented people to manage these areas of responsibility and help build the infrastructure that was needed to reach our goals. I feel really fortunate to have found these team members.  Each one is incredibly capable, talented and passionate about TPRF. It’s really a dream team.

With your new team in place, what’s happening in this area?

KB: The fundraising team added features to the TPRF site to facilitate increased participation by individuals. To raise funds in support of TPRF’s proprietary Food for People and Peace Education programs, the infrastructure to seek grants from other charitable organizations and corporations is being developed and will soon be operational.

In the past year, the donor base has increased due to enhanced communication via quick response to donor inquiries, documentary videos, and a highly successful social media program.  A bi-annual newsletter will launch in November. We set up a Planned Giving section for those donors that wish to add TPRF as a beneficiary for planned gifts.

The increasing number of benefit golf tournaments has spawned a new advisory team with its own website for golf event coordinators to share ideas. A staff writer now regularly posts stories on the TPRF website about independent fundraising events. We are also in the midst of setting up a corporate matching funds program, tributes, and a whole lot more.

The team effort to raise awareness of the Foundation’s works continues to expand and improve almost on a daily basis.

Can you share a little bit about your own experience working on this project?

KB: It’s been immensely rewarding, and I’m so glad I was able to find the time and energy to take this on. It’s also taught me firsthand that when committed individuals with strong values and heart come together to work toward a common goal, magic can happen. It just gives back and takes on a life of it’s own. Quite simply, it’s been a gift in my life. 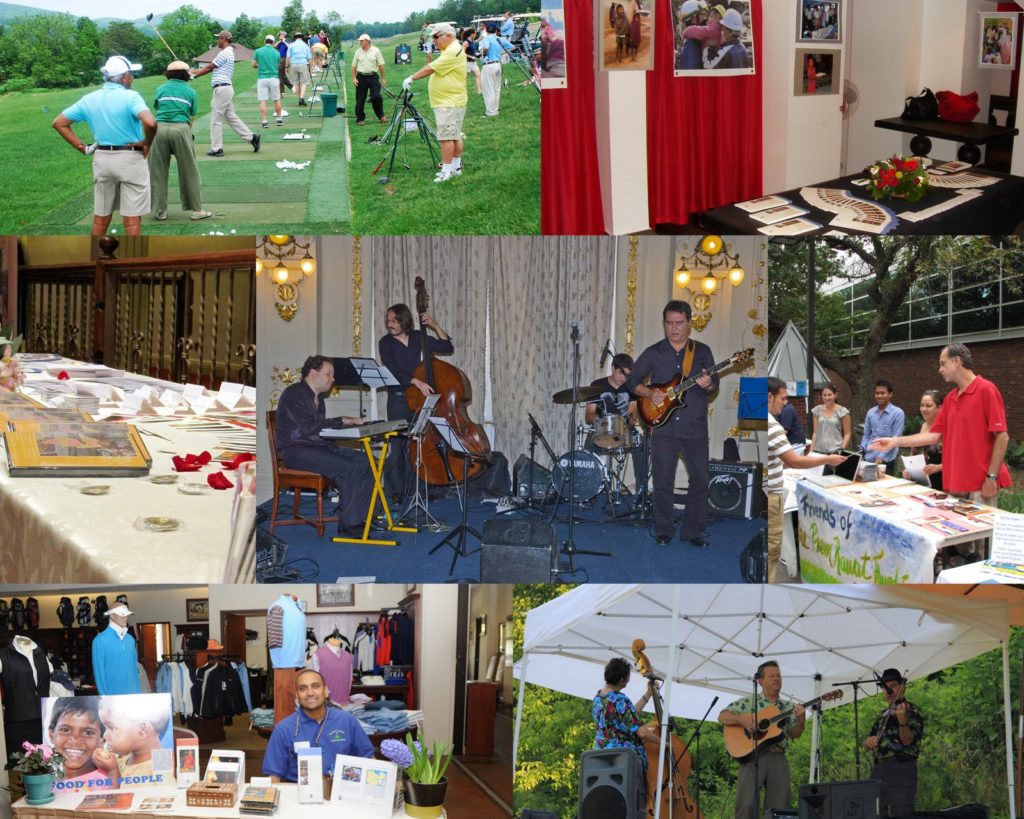