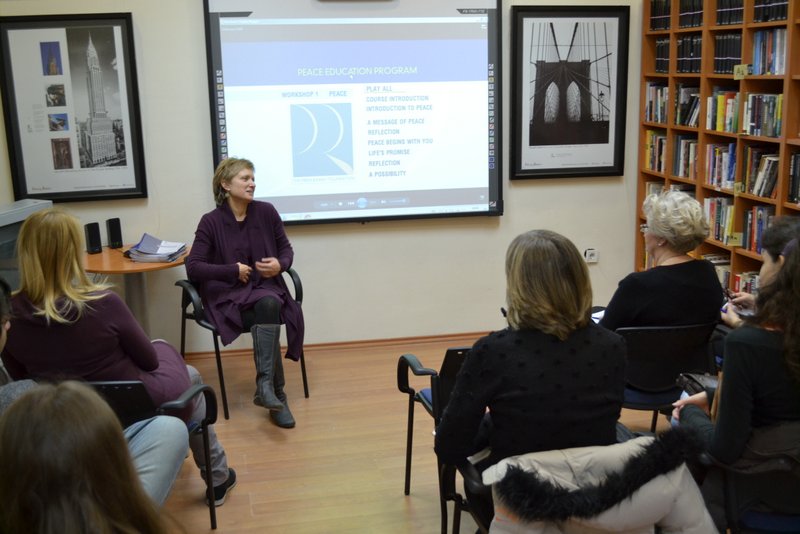 Ivana Brasic spent twenty years in teaching and now works in marketing for a health food company. Her background, fluency in English, and enthusiasm for the Peace Education Program have enabled her to set up PEP in different settings in her native country of Serbia. This is Ivana’s inspiring story.

I found the Peace on the Inside video about the Peace Education Program (PEP) in the Dominguez Jail in Texas to be very inspiring. I thought how wonderful it would be to present the program in prisons here in Serbia.

After contacting TPRF’s PEP director, I realized that the first step would be translation. Initially, I thought we might be able to translate the program in a couple of months, but once we started, I realized it would take much longer.

Then I remembered that in one of the workshops I attended, a professor had spoken about doing the PEP at college with her students. I am a teacher, and as English is my mother tongue, I thought I could start introducing the PEP sooner by offering it to a Serbian educational institution in English. A friend suggested the American Corner as a location. It is a library that promotes American culture and is funded by the American Embassy as well as the local government. 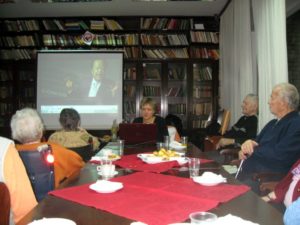 We went through the steps necessary to set up PEP at the American Corner. At first, the program was not very well advertised by the library, so the initial response was rather limited. Gradually, the number of participants grew. It was wonderful to witness the growing understanding that participants went away with each week.

“It is a very positive and helpful idea that we are born with capabilities for a happy, peaceful life,” one participant said. “We just have to find the capabilities and work on them. Today, we hear about lifelong learning which gives me the feeling that I am never good enough. With the Peace Education Program, everything is so much simpler. Thanks.”

“Prem is a revolutionary and doing this in Serbian would help a lot,” another participant observed.  “People here are stressed out and prisons are overcrowded. It would be great if someone in the government would support this.  The program has huge potential and it would be a shame not to have it here in Serbia.”

“Each time I think I’ve got it, and then I see there is so much more to learn.”

And someone else said: 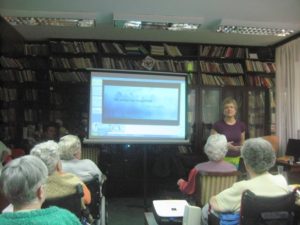 The completion of the translation seemed to be finally in sight. As I was very eager to start doing PEP in Serbian, I began thinking about other locations to conduct the workshops.

An elderly gentleman who had been watching Prem Rawat’s addresses on TV contacted me for more information. When I told him about PEP, he suggested the Gerontology Center as a location.

I contacted the Center and they immediately said yes. We started in September 2013. The man who contacted me is one of 25 participants who come to the workshops. He wrote to me the other day:

“I think we did a good thing in organizing the workshops. The TV programs are great, but I feel the workshops are so much more.”

“I often thought to myself, what can one person do? Then I saw Prem Rawat, and all by himself, he is getting thousands of people to start moving in the right direction.”

I think PEP has enormous potential. The message is so universal and has so much to offer to every single human being that I think the program can be presented practically anywhere. Once you see that the workshops really do work without your having to do any additional explaining, you begin to enjoy the process and things start moving forward at a beautiful pace. 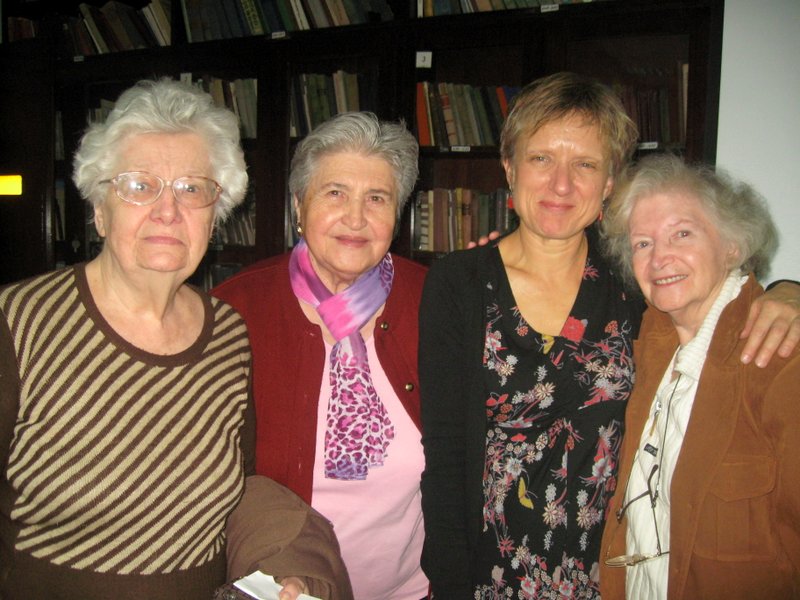